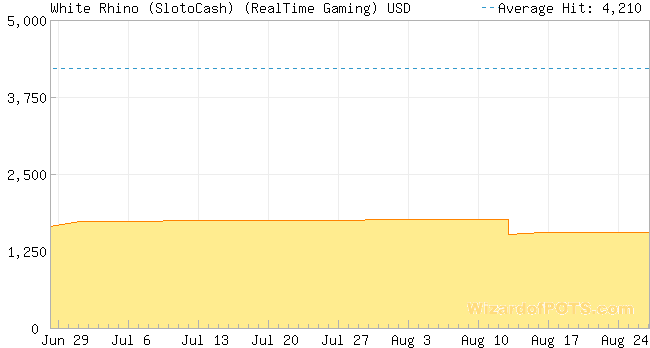 White Rhino is a 5-reel, 25 payline slot game with 2 random progressive jackpots and 3 free spin style features. The game with a particular jackpot should be played at the corresponding online casino (see links).

Random Progressive Jackpots
Any of the 2 Progressive Jackpots (Major or Minor) can be won at the conclusion of any game at random and is paid regardless of the denomination played. However, the higher your bet amount per spin, the better your chances of hitting the jackpot. Minimum values are: Major $1,000; Minor $250.