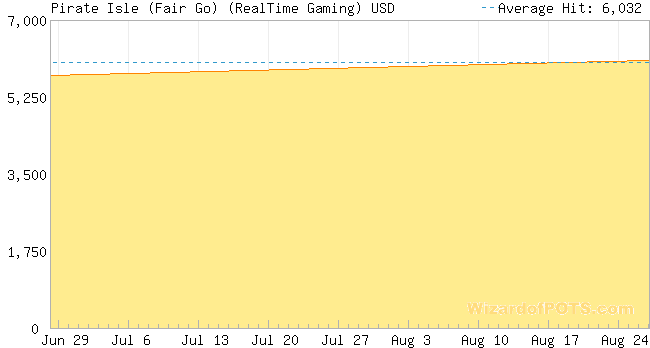 Pirate Isle is a 5-reel, 25 payline slot game with a random progressive jackpot. The game with a particular jackpot should be played at the corresponding online casino (see links). Its time to batten down the hatches and avast ye some booty! Dont understand what were talking about? You will in no time when you play Pirate Isle, an edge-of-your-seat online slots game with more ways to win than you can imagine.

Pirates tend to play by their own rules. Weve watched enough pirate movies and read enough Peter Pan to know that. But that doesnt mean you should play with a complete devil may care attitude. Any scatter wins are added to line wins and multiplied by the slot bet in the game.

Skeleton Key Wild: Known as a wild or substitute symbol, the Skeleton Key acts much like a Joker in a deck of cards. When youre missing a symbol, it can take the place of that symbol to help you complete a winning combo.

Galleon is the scatter symbol, but its also your ticket to playing a bonus feature. Land on 3 of them with the Extra Bet armed and locks, and youll get to play a bonus game.