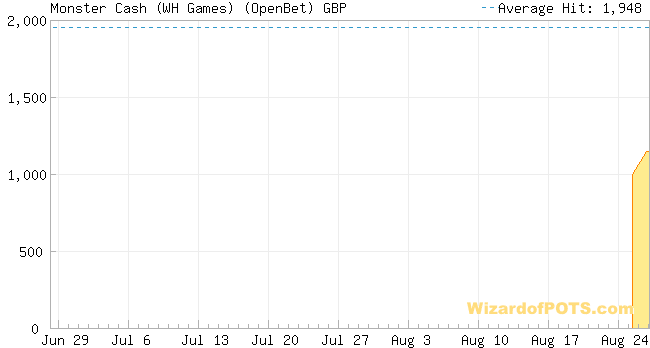 Monster Cash is a 20 line, 5 reel slot game. There are 3 bonus rounds including Show me the Mummy, Spooky Spins and Frank`s Dash as well as the Drac`s Cash progressive.

Frank`s Dash Feature
3 or more Frankenstein scatter symbols anywhere in view awards the Frank`s Dash feature. The feature is played out on a 24 stage trail consisting of Multiplier positions. The player presses a button to generate moves along the trail, the feature continues until the player generates an X STOP position. At that point the feature ends and the player is awarded a prize of their total bet x the multiplier landed on.

Progressive Jackpot
The progressive Jackpot win is triggered by 5 Dracula scatter icons in view which will award the Drac`s Cash progressive win. A Jackpot consists of a fixed minimum amount of money (seed of £1,000) that increases by a percentage of incoming stake amounts.

No minimum stake is required to qualify for the Jackpot payout. The contribution to the Jackpot by the operator is 2.00% of the player`s total stake. The RTP of the slot is rather high - 96.00%.