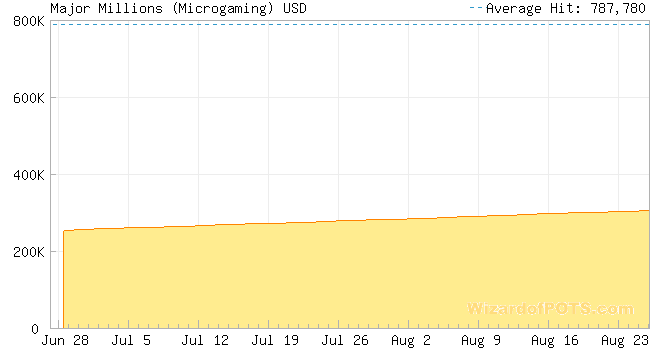 Microgaming's Major Millions is the largest online progressive slot machine. It is a 3 reel, 3 pay line game with jackpots starting at a staggering US $250,000. You have a chance to win this jackpot for just $3 spin (max 3 coins).

The Major Millions progressive is now available in an exciting new 5-reel version. You can choose between the original three-reel format of this progressive and an extensively upgraded five-reel video slot platform that offers 15 paylines for a maximum bet of $3.00!

Note that unlike other progressive slots you can hit the 3 Major Millions symbols and not win the jackpot! If you hit the triple Major Millions on pay line 1 you win $25,000 and hitting the same combination on the pay line 2 gives you $50,000. If your play max bet and hit three Major Million symbols on the third pay line you won over $250,000.00! Good luck!