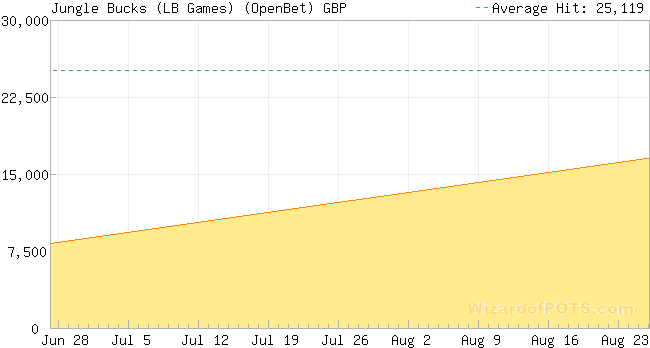 Super Wilds: A Super Wild symbol will substitute any standard symbol (except the special symbols - the Monkeys, Ostriches, Snakes and Cannibal Cashpot). When it appears, it expands to fill the whole reel to make the best win possible.

Wild Monkeys: A Wild symbol will substitute any standard symbol (except the special features symbols - the Monkeys, Ostriches, Snakes and Cannibal Cashpot) to make the best win possible. When it appears a monkey swings across the screen and replaces symbols with the Wild symbol.

Monkey Madness Bonus
3 or more Monkey Madness symbols triggers this interactive game. You are asked to click the screen to shake the tree. Cash coconuts then drop from the tree to reveal cash prizes. All wins are cumulative. The feature is over when the monkey is hit on the head and knocked out. If you don`t click the screen, after 10 seconds, the monkey shakes the tree anyway.

Jungle Run
3 or more Ostrich symbols triggers this bonus game. You select an ostrich at the start of the race. Then, the ostrich race plays out. At the end of the race the winners appear on a podium. Prizes for the different finishing positions in the race are displayed at the top of the game.

Slippery Spins
3 or more Snake symbols triggers Slippery Free Spins. Each symbol in free spins has its own bonus trail. Above each trail is a cash prize that you are awarded if the trail is completed. The trail is re-set to 0 after each win and begins the bonus trail again. Potentially, you can win numerous times on the same bonus trail.

Rampant Rhino
From time-to-time Rampant Rhino will appear and "shake the game up". Some symbols are dislodged and the remaining symbols cascade down to create new potential winning combinations.

Progressive Jackpot
The progressive jackpot win is triggered by 5 Cannibal Cashpot symbols appearing anywhere on the reels. You need to have a total stake of one pound or higher to win the progressive jackpot. The current jackpot value is displayed at the top right-hand corner of the screen.

The game has an initial seed at £5000 and 2% of the total stake is added into the Jackpot, with a further 0.5% (Reserve Pot) of the Total Stake being slushed away. When the Jackpot is won, it is re-seeded with £5000 plus any cash that has been accrued in the reserve pot. This makes an overall contribution of 2.5%. The RTP of the slot is 96.01%.