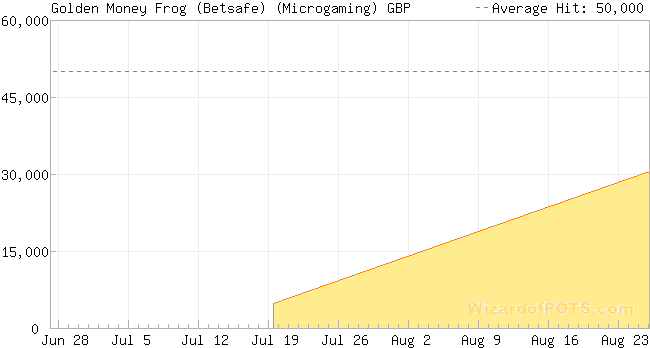 Golden Money Frog is a new 5 reel, 20-payline slot game that can randomly award up to 30 extra paylines for you to make wins on and a Wild Scatter symbol to trigger the Money Pond Bonus round.

In Golden Money Frog slot all 20 paylines are fixed, but you cen bet from 1c per line of 20c per spin as a minimum.