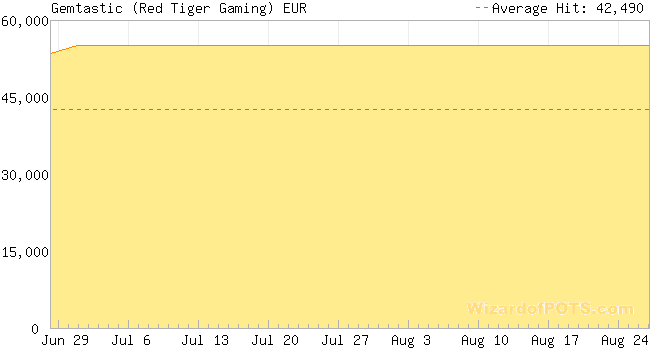 There are plenty of valuable mineral crystals to mine here. All gems appear as 1x1 symbols but may also appear as 2x2 or even 3x3 Mega Gems. Keep an eye out for any sparkling gems. If they form part of a winning combination, they'll disperse and transform into wilds on the subsequent re-spin. The rainbow coloured wild, however, is the jewel in the crown and gives you 50 times your stake for 6 across a payline.

Lava Multiplier
Every time you land a winning combo, the Lava Multiplier ladder comes into play, and each consecutive win will trigger the multiplier to climb higher, up to a maximum of 15x. There's some massive winning potential involved here with a chance to land wins of up to 10,000x times your stake.

Magic Glow
On any spin a particular gem type may sparkle with a rainbow colored Magic Glow. If these gems form part of a win line, they'll disperse and transform into Wilds on the respin.