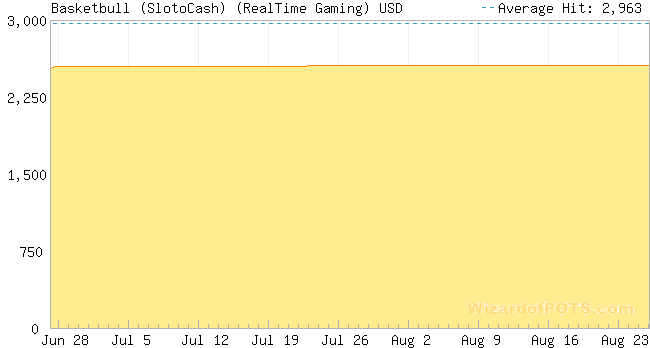 Basketbull is a 5-reel, 25 payline slot game with 2 random progressive jackpots. The game with a particular jackpot should be played at the corresponding online casino (see links).

Basketbulls slot, as the original term denoted from basketball was inviting the name of this slot is winsome like its worth playing. Triggering the feature will give you the chance to test your skills behind the free throw line. Any successful throw will double the number of free games awarded, which are then played with all prizes tripled! Up to 96 free games are on offer during each bonus round.

Free Throw Feature
One attempt at a free throw by the Bull is awarded for each scatter in the trigger. 3 free games are initially awarded. Each successful throw doubles the number of free games awarded. All prizes are tripled during free games. The feature can be retriggered.