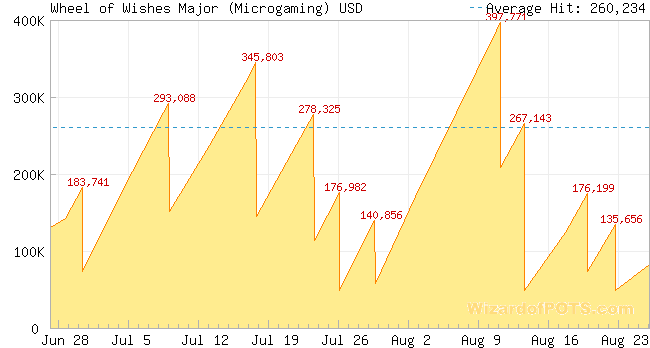 African Legends WowPot is a new 5 reel, 243 ways to win, safari-themed slot game that comes with Rolling Reels which trigger free spins with win multipliers, or even the Progressive Jackpot (WowPot Major) if you hit 8 Rolling Reel wins in a row. To create a winning combination, land matching symbols or wilds on 3 or more adjacent reels, starting from reel #1.

Rolling Reels Feature
When you get a winning combo, the Rolling Reels feature is activated. The winning symbols are removed from the grid and new symbols drop down and replace them for new possible payouts. The Reel Rolls keep on coming as long as a new winning combination is formed.

The Wild Blast feature: up to 5 wilds are added to randomly chosen positions on the reels. A new payout can be made with the new wilds in place.

WowPot Major Progressive Jackpot
The Progressive Jackpot is won if you get on a run of 8 successive Rolling Reel wins. The WowPot Major jackpot (also called Wheel of Wishes Major) has a minimum value of £/$50,000 and quickly grows with players' bets on several slots in multiple Microgaming online casinos. Play African Legends or Wheel of Wishes, which offers 4 progressive jackpots. Although both games offer the same jackpot the current games' RTPs may differ. The African Legends WowPot average RTP is 94.92%, including the progressive jackpot contribution.